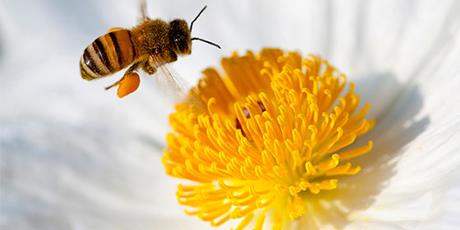 An article of interest to gardeners and allotment holders published on the BBC News website, highlights new research being carried out into why more than 40% of invertebrate pollinator species, particularly bees and butterflies, are facing extinction.

In the past 50 years, the volume of agricultural production dependent on pollination has risen by 300%, yet at the same time bee populations have plunged.

What scientists have lacked is a comprehensive set of data to analyse the rates of bee declines in different regions of the world and the differing reasons for this.

In the UK, an invasive species that is now threatening honey bees is the Asian hornet. When the much larger hornet enters a hive, worker bees will surround it and effectively cook it – and themselves – to death by raising their own body temperatures.

Live monitoring would again allow earlier action to be taken in removing such predators.

The team wants to understand phenomena such as colony collapse disorder, which sees the worker bees disappearing and leaving the queen isolated.

Once the AI has been taught what to look for on UK bee hives, the World Bee Project plans to roll out these smart hives globally.

One thought on “Bees are in trouble, but we’re not quite sure why.”

This site uses Akismet to reduce spam. Learn how your comment data is processed. 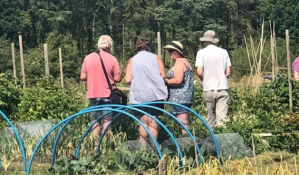 Seeking Sources of Knowledge and Enlightenment read on…

We’ve registered with Easyfunding and we need your help!
Easyfunding is a great website where you can help Alwoodley Allotments raise funds simply by doing your everyday online shopping with over 3,600 big-name retailers like Amazon, Argos, John Lewis, ASOS, Booking.com, eBay, Boden, and M&S.  Read more here

Homesteading, the no dig garden and plot to plate recipes

Life, Leeds United, the Universe & Everything

News, views and advice on allotment gardening in Alwoodley, Leeds

A daily selection of the best content published on WordPress, collected for you by humans who love to read.

The best longform stories on the web

The Art and Craft of Blogging

The latest news on WordPress.com and the WordPress community.